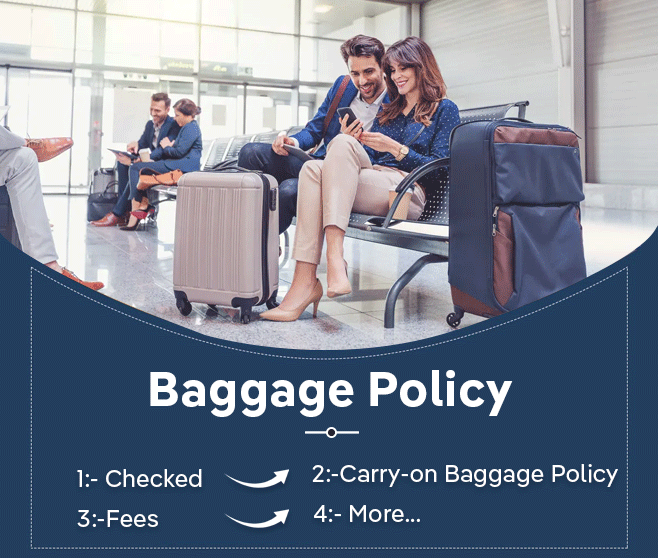 Latam baggage policy is made for the passengers under the guidance of two major airlines: LAN and TAM. The rules and regulations of Latam Airlines have been easy to follow. The carry-on policy of this airline allows its visitors to take only essential items on the aircraft. This operator focuses on the security of its customers and has made some rigid rules on carrying prohibited items on the flight.

The airline, Latam, has set rules for checked items on the basis of its routes. These routes have been further divided into domestic, regional, and international destinations. Hence, Latam Airlines’ baggage allowance for domestic flights is different from that of regional and international flights.

The following are the regulations imposed by this operator for domestic itineraries:

Look at the below-given chart to understand the baggage allowance for checked bags at this airline:

Carrying additional items onboard applies basic Latam Airlines excess baggage fees. These fees are also dependent on the routes and the number of bags a passenger carries. When you are carrying excess items on a flight, you must inform the airline about the same. In addition, you can also purchase extra baggage online by contacting the operator.

Latam domestic baggage fees based on the different routes are as shown:

The baggage fees of Latam Airlines based on the international routes are as follows:

The Latam Airlines baggage policy allows overweight as well as oversized items inside its cabin with additional fees. It is to be noted that the passengers should not exceed the size measurements of 158-300 centimeters in length. The customers must also not surpass the weight limitations of 32 kilograms for Business Class and First Class. For Economy and Premium Economy passengers, the allotted weight limit should be 23 kilograms.

Here are Latam overweight baggage fees depending upon the route of travel:

Certain items are allowed as per the policy for Latam Airlines hand baggage allowance. These items are allowed to pass the checkpoint of the airport. However, it must be kept in mind that the items that are to be taken as hand luggage must be presented at the screening.

The allowed items at this air carrier are as shown below:

Liquids, sprays, creams, gels, and pastes are permitted through the checkpoint in one compact bag under Latam carry-on baggage allowance. Each container of the liquid is restricted to 3.4 ounces or less. TSA officials can swiftly examine these containers by putting them in a tiny bag apart from your carry-on luggage.

Latam Airlines permits its passengers to bring their infants with them onboard. While boarding, they need to follow some guidelines which are necessary for the safety of the passengers and the infants. Described below are a few Latam Airlines rules while flying with infants:

A limited number of sports equipment are allowed to be carried on Latam flights. When the equipment involves prohibited items, extra fees have to be paid by the traveler flying with this air carrier. Here is the table representing which sports items can be taken following Latam Economy and Business Class baggage allowance:

Musical Instruments to be Carried According to Latam Baggage Policy

The staff of Latam is strict when it comes to checking prohibited items on board. Hence, the customers of this air carrier are requested not to carry these restricted items inside the flights:

Latam baggage policy rules have been easy to be obeyed by many of its flyers. The customers have been facing no safety issues while following the rules of this policy. By reading the weight concept, the flyers have also minimized their extra baggage costs.

What is the Latam Business Class baggage allowance?

Latam Airlines domestic baggage allowance for Business Class passengers approves 32 kilograms of weight. As the policy runs on the weight concept, the travelers of the international and domestic routes can take as many bags as they wish up to 32 kilograms.

Latam’s lost baggage policy is found to be great by many passengers of the airline. In case you have missed any of your belongings on your flight, you must contact the airline and inform it about the same. The staff of Latam will surely guide you about the further steps in getting back your lost item.

What is the baggage allowance on Latam Airlines for each cabin class?

Latam Airlines have a different baggage allowance on the basis of every cabin class. As per the Latam Economy baggage allowance, the flyers can take up to 23 kilograms of weight and two bags per customer. The weight concept is the same for Premium Economy travelers as well. The Business Class of this airline approves 32 kilograms and three bags inside its flight. The First Class flyers can take four bags up to 32 kilograms each.

Does Latam Airlines allow pets in the cabin?

Yes, Latam Airlines allows pets to fly inside the cabin. The pets must be at least four months old to travel inside the flight. According to the Latam baggage policy for pets, the passengers carrying them must bring pet crates or carriers. They should also submit the medical records and vaccination proofs at the airport for security reasons.

How much does it cost to check a bag on Latam Airlines?

On Latam, you can check your carry-on luggage for $35 on domestic trips and $70 on international routes when it surpasses the size/weight limitations. You can also store one personal item within your checked luggage to avoid paying Latam Airlines extra baggage fees.

What are Latam Airlines baggage fees for the first bag?

What is the Latam baggage price for more than 3 bags?

If you wish to carry more than 3 bags under checked luggage at Latam, you will have to pay additional charges. USD 150 will be charged on flights to and from South America and France. According to the Latam baggage policy, USD 200 for Europe and Oceania, and USD 100 for North America.

How much do I have to pay for overweight baggage on Latam Airlines?

How much is allowed under Latam Airlines baggage allowance international policy?

What is the Latam Airlines checked baggage allowance on domestic flights?

On Latam Airlines, the allowance for checked bags on domestic flights varies as per your selected class of service. In the Economy Plus class, one bag of 23 kgs is allowed. 2 bags of 23 kgs are allowed in Economy Top class while 3 bags can be carried in the Premium Economy and Business class.

What is the Latam Airlines Economy baggage allowance on international flights?

On international flights of Latam, the baggage allowance is the same for all types of Economy classes, that is, Economy Promo, Light, Plus, and Top. Passengers flying in these classes can carry 2 bags of 23 kgs each. However, the ticket holders of the Premium Economy class will be allowed to carry one extra bag of 23 kgs.

What is the Latam baggage size limit for check-in bags?

The maximum size that will be allowed by Latam Airlines for hold/checked luggage is 158 linear cm combining length, height, and width. To carry oversized baggage, you will be required to pay extra fees. Therefore, to be under the restriction of Latam Airlines baggage allowance, you should obey the size limitations to save your fees.

What is Latam baggage weight limit for carry-on items?

Passengers of Latam Airlines can bring one carry-on bag and one personal item not exceeding 8 kgs or 17 lbs in the Economy class. In the Premium Business and the Premium Economy class, the carry-on weight limit is increased to 16 kgs or 35 lbs.

Are there any size restrictions on cabin baggage on Latam Airlines?

Yes, your carry-on possessions should be within the given Latam cabin baggage size limits. This limit is 55 cm * 35 cm * 25 cm or 21 in * 13 in * 9 in including the combined dimensions of length, width, and height. Passengers are obliged to follow these size restrictions, or their bags may not be accepted by the airline.

Does Latam charge for baggage that is oversized?

As per the baggage allowance policy of Latam Airlines, additional charges do apply to oversized bags. These charges mainly differ following your flight itinerary. Latam oversized bags usually start at USD 50. This fee can go up to USD 150. On flights between South America and The Caribbean, an oversized fee of about USD 100 is charged.

How much does Latam charge for baggage on flights to and from Peru?

On flights traveling to Peru, the following charges apply at Latam: the fee for your first checked-in bag is between USD 12 and USD 25. You will have to pay USD 25 to USD 40 for checking in your second bag. It will cost you about USD 70 if you wish to carry three or more bags on these flights.

This is a policy that describes the main conditions and limitations that apply to your bags at Latam. It also covers other information like how much is extra baggage on Latam, what is the fee for overweight items, and what things are prohibited on board.

What carry-on items can I bring on Latam domestic flights?

According to the Latam Airlines baggage allowance domestic policy, you can bring different types of items under your carry-on luggage. These items include handbags, chargers and reading material, and baby food. Certain items are prohibited on board like knives, lighters, guns, blades, and firearms.

Latam website is terrible doesn’t give option to pay luggage, and if you call customer service they also have hard time to find price and said system is down and in the airport they want to charge you double or 3 times more i will say, they should fix that and don’t give people hard time. to pay a luggage is ridiculous paid 270 for two luggage just because the website was down and couldn’t take payment.